I thought I would go ahead and continue Tyson’s discussion of how the “Disney Princess” movies fall under the category of being able to be discussed by a feminist critic. I do not really consider Pocahontas a Disney princess, but the movie falls in the same category as the others, like Cinderella, Snow White, etc. I thought the Pocahontas film showed even more characteristics of feminism than the traditional Disney princess movies.

I want to begin with discussing the degree of patriarchy in the film. First of all, Pocahontas is clearly oppressed because not only is she the “savage” (which I could relate to Postcolonial criticism, but staying on topic), but she is also seen as less educated and uncivilized to John Smith. She is also dressed in very revealing clothing compared to John Smith or any of the other colonizers. Not only is Pocahontas oppressed by the colonizers, but also her father and other men of her tribe. She is considered ignorant and naïve when she asks her father to listen to John Smith about not wanting to harm them. Do you really think that if Pocahontas had been a man that he would have been overlooked like that? Well, I think the outcome would have been different. Also, when Pocahontas’s father was worried for her safety she was not allowed to leave outside of their village unless another man was to accompany her.

In this film, gender roles of masculinity and femininity are very prevalent in the Indians and the colonizers. Women in the tribe, including Pocahontas, are supposed to collect corn, stay in the village, and remain quiet when men are speaking. Men on the other hand are allowed to give their opinions, hunt outside of the village, and have all the power. The chief of the tribe, Pocahontas’s father, is a man and Pocahontas’s mother is not even in the film at all. On the colonizer’s side there are only men, not women. Only men were allowed to discover the “new land”, women had to stay home to look after the children and hold down the house.

I was able to critique Pocahontas more with materialist feminism because I saw Pocahontas oppressed more physically and economically in the film, then I did psychoanalytically. Pocahontas wears very revealing clothing throughout the movie like I mentioned earlier. She is in a tube top that reveals her stomach, and wears a very short skirt that reveals all of her legs. It is not only Pocahontas, but all of the women in this movie are dressed provocatively. Whereas the men in the tribe do not have shirts on, but it shows their muscle line and makes them look more tough and hard. The men in the colonizers are fully clothed, but also have distinct muscle definition. Also, Pocahontas is told by her father that she will marry one of the warriors of the tribe whether she wants to or not because it would be the smart decision for her. This shows the power of a man being able to decide who a woman should marry and her not having a say on the matter. But, like I said earlier I found it difficult to critique this film with a psychoanalytical feminist view because Pocahontas does not fall into the oppression from the men in the movie. She keeps to her heart and stays bold. She constantly questions her father, whether it be about the marriage or the colonizers. Up until the very end of the movie when she throws herself over John Smith to save him she does not let her father’s dominance interfere with her heart. She is not programmed to act the way women were supposed to act at this time.

Reading Feminist criticism makes me view not only this film, but most of the Disney movies in a completely different way. I was really able to look past the ending of the movie and see how women were actually portrayed. They were oppressed by many men, and some of them fought this oppression while others did not. It was interesting to me to realize how these once small things to me are not so small anymore. 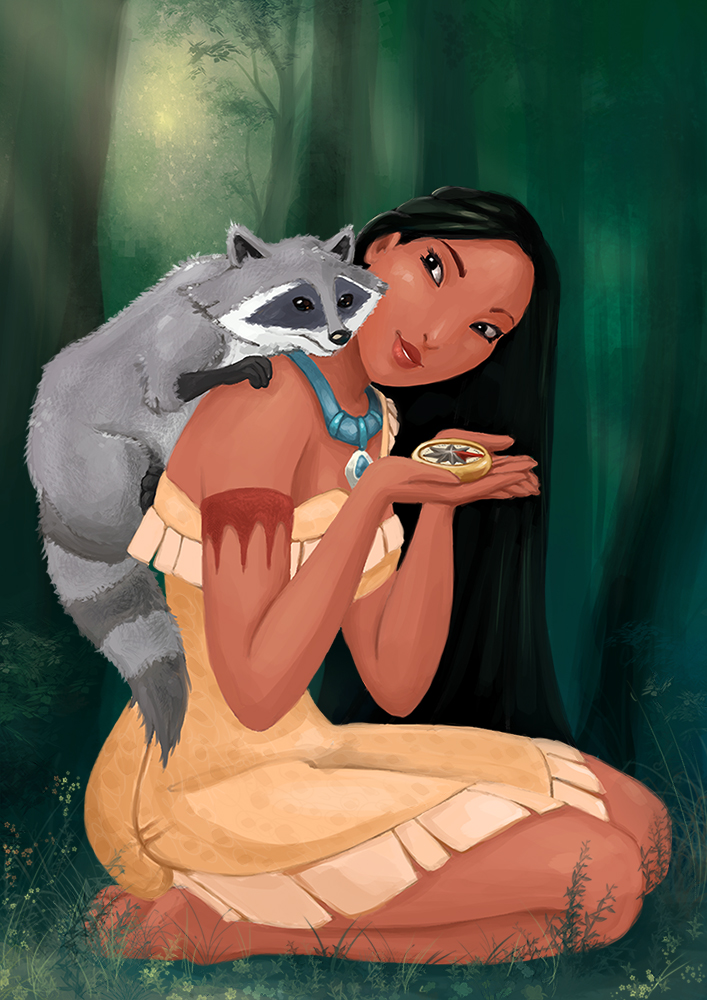 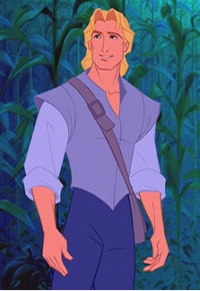