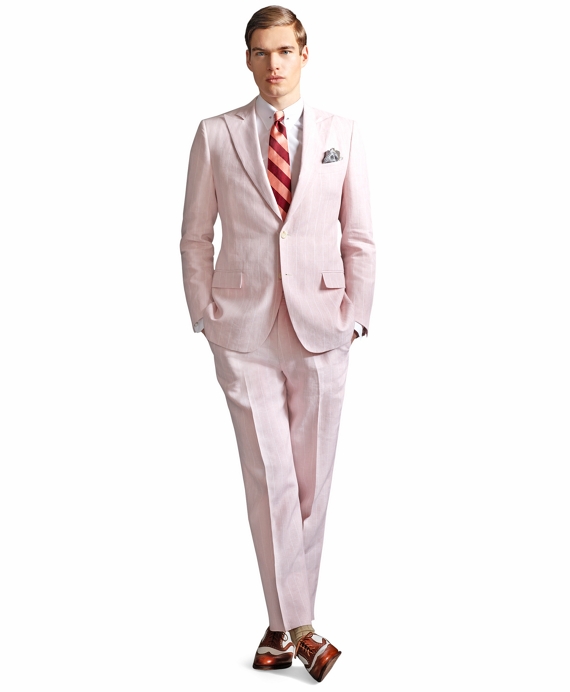 I’ve been sitting on this one for a while, but I just can’t get it off my mind. When I read the section in Tyson on queer theory, I was struck by a dichotomy in the kinds of evidence Tyson considers as part of a queer reading, both in her general discussion and as applied to The Great Gatsby. One kind of evidence seemed to deal with the experience of queer or gay sexuality: the prominence of same-sex relationships, explorations of the internalized homophobia that gay persons may develop as a consequence of homophobic or heterosexist culture, or the general presence of “transgressive” sexuality. When Tyson then searched for this kind of evidence in Gatsby, I found myself persuaded. Nick does have a romantic admiration for Jay Gatsby, and now that I think about it, when he speaks of his liaisons with women, he does seem like he’s hiding something.

The other kind of evidence Tyson mentions are “gay and lesbian ‘signs'”, and when I read these, I found myself confused and a little disturbed. The section on queer criticism makes it clear that sexuality cannot be defined by binaries such as male/female and gay straight, or limited by a heterocentrist definition of norms. Yet Tyson, and apparently other queer critics, depend on “characteristics that heterosexist culture stereotypically associate with gay men or lesbians” to herd characters into categories. These characteristics include “‘feminine’ male characters and ‘masculine’ female characters” (340). For example, Tyson mentions “Gatsby’s fastidious grooming and flamboyant clothing” such as his his pink suit, a color associated with femininity, as signs of his gay sexuality. She even cites the words of Tom Buchanan, the universal bigot: “‘An Oxford man?… Like hell he is! He wears a pink suit'” (345).

Isn’t saying “My evaluation of this man’s sexuality has exactly the same support and conclusion as this homophobe’s” a strange way to back up your argument? Is it damaging to define queer sexuality in literature by these stereotypes, even when no stigma is intended?

Edit: Shout out to Professor Scanlon for pointing out I meant  this guy…

“The idea is if we don’t look out the white race will be — will be utterly submerged. It’s all scientific stuff; it’s been proved.”

and not this guy.

Today in class we discussed the multifaceted (and often quite confusing) world of Queer terminology and criticism. We touched on things like camp, compulsory heterosexuality, identity politics, and the difference between sex and gender. Within the last is the difference between gender, and gender presentation or expression. Lastly we touched on the “coming out narrative” the many LGBT* youths experience today, and the signifiers that make it easier for others within the community to identify each other. Although I brought the subject up briefly during discussion, I didn’t feel like it got the play time it deserved.

Gender expression is the social ways one shows masculinity or femininity. A significant marker for gender expression in our society is for women to have long hair. The issue of hair is actually kind of near to my heart as I have none by choice. I am a self identified feminine woman so my choice of this facet of my gender expression is an unusual choice. I have my good reasons for shaving it originally, but I have since been shaving my head simply because I like to. It is remarkably less work, cooler in the summer, and the style just looks good. That being said, I am frequently misgendered (mistaken as a boy) in public spaces. When I first shaved, I worked hard to be extra femme so no one would make that mistake. I have had that problem before and it stinks to be misgendered when you aren’t used to a new haircut.

to help with the concept of gender and misgendering, here is a link to stuff about sexuality and gender and sex and the difference. It talks about a lot of col things I’m not discussing too.

There are many other ways that dress and personal grooming can be specifically gendered. As we discussed in class, touching of the hair is often considered to be a feminine gesture, while certain movements of the shoulder while walking are considered masculine. I’m not really sure why these gender norms are a thing, but I would think it’s to help us bash our bits together without the confusion of androgyny. Has this blog post turned into a rant about queer things? maybe. I don’t mind. Identity politics are what happens when who you are and the way you express that get on the news (an over simplification but I think it works). Also the coming out narrative is interesting especially in books by queer authors about their own experiences (I actually just realized that I’ve never read such a book). There aren’t that many out there; and those that are, aren’t youth cannon. What does that mean? Why might LGBT* books get published or publicized? A Separate Peace is a screen adaptation of John Knowles’s novel of the same name. THe book is told from the perspective of Gene Forrester, a roughly 17 year old boy during the time of World War II. He attends an all boys academy where most of the story is set. The main conflict centers around him and his best friend and roommate, Phineas, whom he greatly admires but ends up betraying. Through a queer reading it becomes apparent that the conflict arises from Gene’s repressed feelings for Phineas.

Phineas, also known as Finny, is the most popular guy in school. He’s described of having an easy going charisma that attracts everyone to him. Finny even charms his teachers to the point where it is almost impossible for him to get in trouble. This is most exemplified when he attends dinner with the principal of the school. Finny shows up to the dinner breaking dress code, specifically he wore a pink shirt. The pink shirt is both feminine and a sign of non-conformity, both of which are gay symbols. The shirt even becomes iconic with Finny because it was such a defining moment in the characterization of him. Gene responds to this situation with shock that Finny would where that but also with deep admiration that he had such courage. The plot kicks off when Finny, Gene, and a few of their other friends go to the river. It is an honored past-time of their school to jump off of a really tall branch into the river. It is supposed to show how brave you are and is a very masculine activity. Finny suggests him and Gene go up together, which is a very feminine action. This scene is has a plethora of symbolism.There are the conflicting traits in Finny of masculine and feminine, there is the tree and the branch of the tree standing in as phallic symbols, and the river which is a yonic symbol. When they get to the top of the tree and are standing on the branch  Gene is so overcome with emotion that he jostles the branch, knocking Finny off. Finny lands on the bank of the river and breaks his leg. Gene interprets his feelings as jealousy but it is actually pent up love for Finny. Finny is the unattainable desire that is so close to him but is out of Gene’s reach. Gene essentially is sexually frustrated and act out aggressively to the person he blames for it.

Finny has to stay at home while he heals and while he is gone Gene becomes like a whole new person. With out the burden of Finny being a constant reminder to him of his sexual desire Gene is free to be the man he thinks he should be. He becomes more confident and happy. He takes Finny’s place as top dog on campus. His love for Finny is not gone though, which can be clearly seen by the way treats Finny’s belongings. There is once scene where Gene puts on Finny’s pink shirt and wheres it around his bedroom. Not only is it a very romantic idea to where someone else’s clothes but it happens to be a shirt that is in itself a gay symbol. Gene also only feels comfortable doing this behind closed doors where no one else can know.

The books ends with Finny coming back to school with a mostly healed leg. While there the other boys inform Finny about what actually happened on the branch. He had previously thought that it was an accident but when he finds out that his best friend seemingly knocked him off on purpose he becomes irate. He rushes out of the room and in his haste he trips down the stairs and in doing so breaks his leg again. The next morning the doctor informs Gene that during surgery Finny died when a piece of bone marrow got into his blood stream and traveled to his heart, stopping it completely. The symbolism of Finny’s death is apparent. He essentially died of a broken heart and Gene was the cause.

A Separate Peace may on the surface seem a novel about dealing with social power and learning what it means to be a man during such hectic times but when looked at deeper it is the story of young man dealing with his own internalized homophobia. Gene hates himself for the way he feels and so he takes out his anger on Finny.